US Patent: In-line program system for assembly printed circuit board 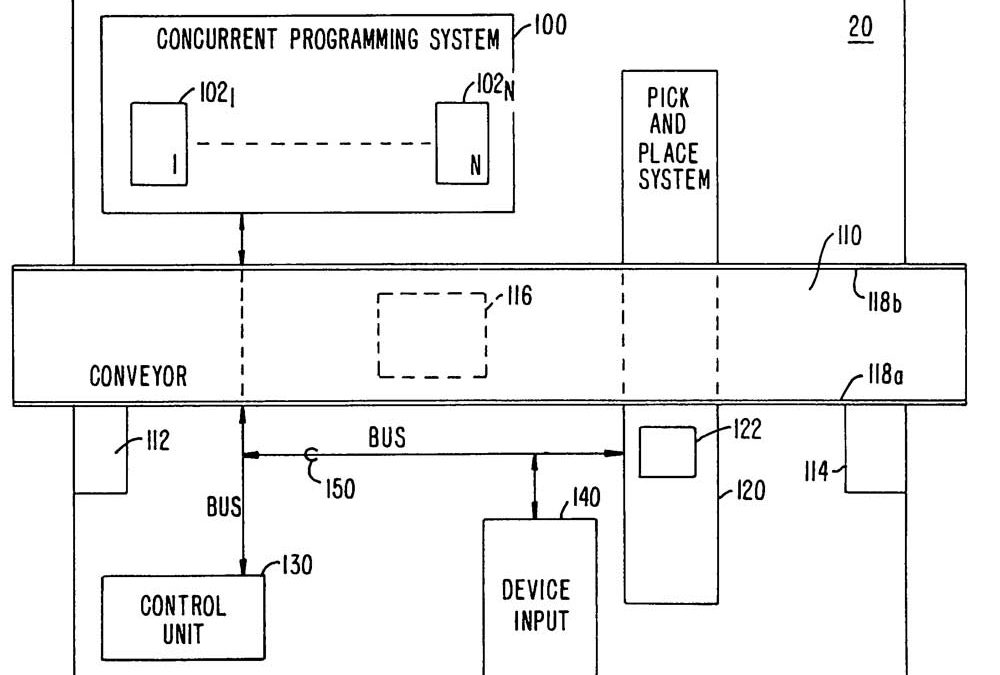 In the semiconductor industry, a considerable number of electronic devices such as programmable integrated circuit (PIC) devices are provided by vendors in a programmable form with blank memories or unspecified connections between arrays of logic. Users can then custom configure or program the electronic devices to perform their intended function by programming them, transferring or “burning in” a sequence of operating codes into the memory, or by specifying a particular arrangement of gating logic connections.

However, new problems arose. For example, because it is not feasible to program all PICs in the circuit, the designers of the PCBA must choose only devices that are ICP compatible. ICP compatible PICs cost more than similar non-ICP compatible PICs in many cases, so the cost of the PCBA may be higher when using ICP. Additionally, the PCBA design may be more complex to accommodate ICP, so the time to market may be negatively impacted. Furthermore, specialized equipment is required, and software must be written, perform the programming operation, which also may impact time to market for the PCBA. Since the programming operation may take a number of minutes to perform, a production line may be slowed down waiting for programming to complete. To address this throughput problem, some users may set up several ICP programming stations to service a single PCBA assembly line. However, this solution requires additional equipment, floor space in the factory, and capital outlay. Additionally, if the application for the PCBA requires that the PICs be programmed with individualized patterns, it may be necessary to match the individual PICs with their corresponding individual PCBAs. This additional complication adds additional cost and complexity to the assembly operation. Finally, in the event that the PIC fails to program, the entire PCBA will have to be reworked to replace the PIC.

Briefly, the invention provides in-line programming techniques for programming and testing any combination of devices and patterns. The techniques of the present invention are useful for programming a variety of types of programmable integrated circuit devices (PICs), including, for example, flash memories, EEPROMs, microcontrollers, PLDs, PALs, FPGAs, and the like. According to the invention, in-line programming (ILP) system programs and tests PICs and performs the assembly of printed circuit board assemblies (PCBAs). Printed circuit boards enter and leave the ILP system on a conveyor system. PICs are loaded into the ILP system, and the ILP system automatically programs and tests the PICs and places them onto the PCBs as the PCBs arrive on the conveyor.

While the invention has been described by way of example and in terms of the specific embodiments, it is to be understood that the invention is not limited to the disclosed embodiments. On the contrary, it is intended to cover various modifications and similar arrangements as would be apparent to those skilled in the art. Therefore, the scope of the appended claims should be accorded the broadest interpretation so as to encompass all such modifications and similar arrangements.