A programmable device is a piece of hardware that can be programmed to perform a specific set of tasks or functions. These tiny devices are often used in industrial and commercial settings, including manufacturing, healthcare, and automotive, to automate processes and improve efficiency.

There are many different types of programmable devices, including microcontrollers, Programmable logic devices (PLDs), and various Flash devices. Each of these devices has its own unique set of capabilities and is used for different applications. 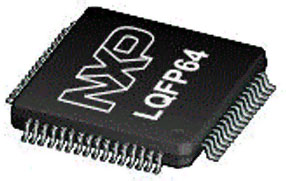 Microcontrollers (MCU) are small, single-chip computers that are often used in embedded systems, such as sensors, appliances, and automotive systems. They are highly programmable and can be programmed to perform a wide range of tasks, from simple control functions to complex algorithms.

A programmable logic device (PLD) is an electronic component used to build reconfigurable digital circuits. Unlike digital logic constructed using discrete logic gates with fixed functions, a PLD has an undefined function at the time of manufacture. Before the PLD can be used in a circuit it must be programmed to implement the desired function.[1] Compared to fixed logic devices, programmable logic devices simplify the design of complex logic and may offer superior performance. Unlike microprocessors, programming a PLD changes the connections made between the gates in the device.

Another example of a programmable device is a single-board computer (SBC). SBCs are small, single-chip computers that can be programmed to perform a variety of tasks, such as running a web server, controlling a robot, or playing media. Some popular examples of SBCs include the Raspberry Pi and the Arduino.

Programmable devices are also used in the Internet of Things (IoT). IoT devices are connected to the internet and can be programmed to perform a variety of tasks, such as collecting and transmitting data, controlling other devices, and interacting with users. Some examples of IoT devices include smart thermostats, smart locks, and smart appliances.

In summary, programmable devices are used in a wide range of applications, including control systems, automation systems, data acquisition systems, and the Internet of Things. They can be programmed to perform a variety of tasks and are used in industries ranging from manufacturing to home automation.

In the healthcare industry, programmable devices include devices such as insulin pumps and pacemakers. Insulin pumps are small, portable devices that deliver a continuous supply of insulin to patients with diabetes. The pumps can be programmed to deliver insulin at specific intervals throughout the day and can be adjusted as needed based on the patient’s blood sugar levels.

Pacemakers are small devices that are implanted in the chest to help regulate a person’s heartbeat. They can be programmed to deliver electrical impulses to the heart when needed, helping to prevent arrhythmias and other heart rhythm disorders.

Robotic surgical systems are another example of programmable devices used in healthcare. These systems allow surgeons to perform complex surgeries using precise robotic instruments, which are controlled by a computer program. The use of robotics in surgery can help to reduce the risk of complications and improve patient outcomes.

Other examples of programmable devices used in healthcare include medical monitoring devices, such as heart rate monitors and blood pressure monitors, and devices that assist with rehabilitation, such as exoskeletons and robotic physical therapy devices. Overall, programmable devices play an important role in healthcare by providing patients with the care and treatment they need to improve their health and quality of life.

Overall, programmable devices play a crucial role in the automotive industry, helping to improve vehicle performance and safety. These devices are constantly evolving, with new technologies and capabilities being developed all the time.

BPM has delivered more fine-pitch automated programming systems than all of our competitors combined. BPM programmers and software are the fastest universal programmers in the world, supporting MCUs, FPGA, eMMC, NAND, NOR, Serial Flash memory devices, and more. What really sets them apart is how easy BPM systems are to set up and run, without requiring a skilled operator. To request a demo, please click here.