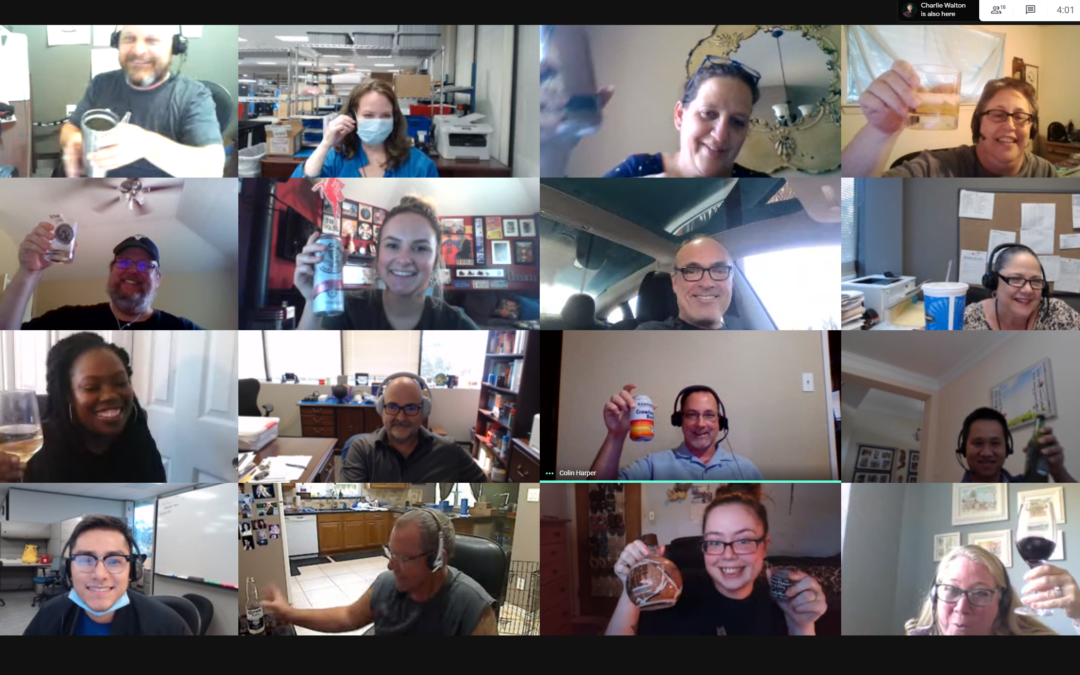 We had our first company-wide “Half-Happy Hour” where about 20 of us blew off a little steam (there may have been some adult beverages consumed, but we can neither confirm nor deny). We got to introduce a couple of new peeps to the BPM fam, Shelby and Cassie. We recognized a hand-full of folks who have been with us for over 20 years, including Trung who has worked here for 29 years! (Bill W doesn’t count, but he’s been here 35)

Most folks are still working remotely, so it was nice to catch up. The rule was, “no talking about work-related stuff.”

We did some trivia using a service called kahoot.it… it was a “hoot”– most folks got “who’s buried in Grant’s Tomb” (hint: it’s Grant). Nobody got “besides chimps and gorillas, what other animal has human-like fingerprints” (Koala Bears!). Congrats to Jon for answering most quickly and correctly, followed by Jennifer M. and Robert. Jon gets the bragging rights, plus a $25 gift card. 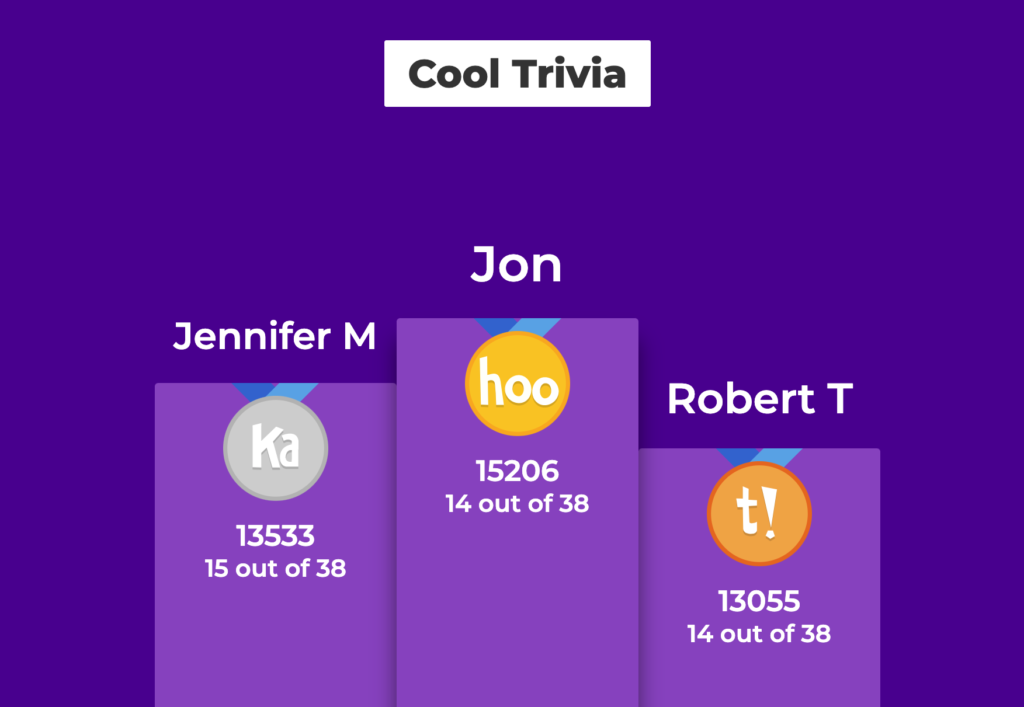