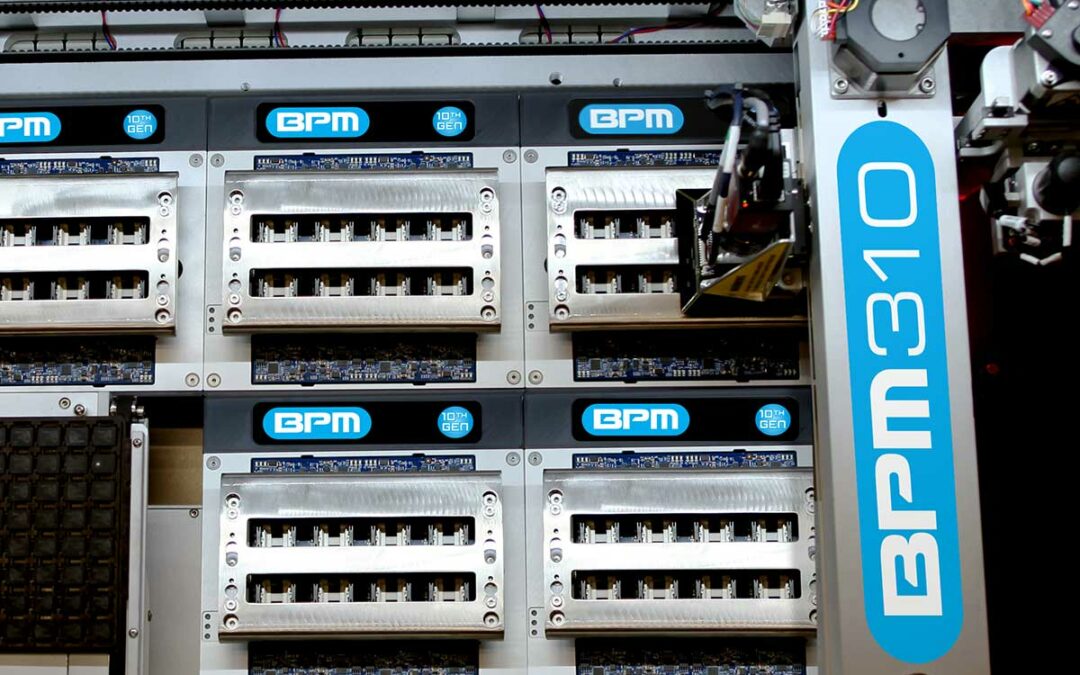 Back in 1985 in a dorm room at Rice University, Bill White founded BP Microsystems (later BPM Microsystems). He couldn’t find a decent chip programmer for a class project he was working on, so he made his own. He started to sell the EP-1, an E/EPROM programmer, locally and then by mail order; the rest is history. BPM still builds all of its systems in Houston, Texas.

Easy Engineering: What are the main areas of activity of the company?

S.B: BPM has “generations” of products with specific site technology. The “site” is the magic of BPM programmers, and sockets/algos make them the most “universal” of device programmers. Universal, as opposed to single-use, allows the systems to be configured to support thousands of devices on hundreds of different socket adapters. BPM pioneered socket adapter technology with active circuitry that delivers clean signal integrity and high yield.

The newest Automated Programmer, the BPM310, comes with up to six 10th Gen sites providing full universal support for UFS, eMMC HS400, MCU, NAND, and Serial Flash, at incredible speeds with up to 48 devices programmed concurrently. It is the most capable programmer in a small footprint. For UFS 2.1, each site can program eight devices at a time, at up to 440 MB/second read and 201 MB/second write (industry best).