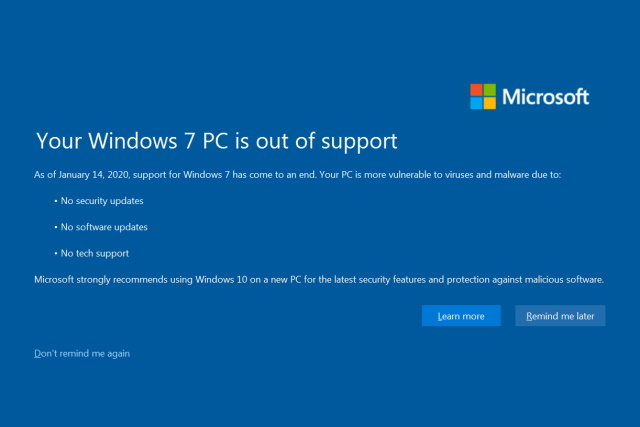 Your Windows 7 PC is out of support

If you got this message on a computer running our process software, please call our Inside Sales Team for information on our Windows 10 solution for BPWin. Read more about Microsoft’s decision to end support for Windows 7 here.

End of Life for the Helix Product Line

BPM Microsystems announces the End of Life for the Helix product line.

Effective April, 1, 2014, BPM Microsystems will no longer offer support for the Helix product line. This includes the discontinuation of sales, technical support, software support and extended warranties. The following Helix programmer models are included in the discontinuation:

Customers with these models who require support will be encouraged to upgrade to newer generation models. Please contact your local BPM Microsystems sales representative for trade-in or upgrade options.

BPM Microsystems announces the planned End of Life for all parallel port programmers in BPWin.

These programmer models will continue to function with existing BPWin software up to version 5.33.0, but will not be eligible for algorithm additions or algorithm updates after this release. Hardware contracts will also not be available for sale.

Customers should also note that BPWin versions 5.28.0 – 5.33.0 will automatically perform a configuration check that will warn if the programming system requires an upgrade to continue to function in BPWin versions higher than 5.33.0.

Customers with these models who require support will be encourage to upgrade to newer generation models. Please contact your local BPM Microsystems sales representatives for trade-in or upgrade incentives.

Until this time, BPM Microsystems will accept non-warranty RMA’s for evaluation and best effort repairs with a limited warranty. Non-warranty repairs will be at the customer’s discretion.

Customers who require repair or calibration for these models will be encouraged to upgrade to newer generation models.

These models will still be supported in BPWin software with algorithm additions and updates available to current software support customers.

*Applies to programming sites only. Handler repairs will still be available on automated programming systems operating with BPWin Software.

End of Support for Windows 2000

BPM Microsystems announces the end of support for Windows 2000

Effective with the release of BPWin 5.14.0 on February 8, 2011, Windows 2000 will no longer be supported. The end of BPWin support on Windows 2000 is required in order to add support for 64-bit operating systems.

Any attempt to install BPWin 5.14.0 or higher while running Windows 2000 will result in an installation failure. Alternatively, customers should be advised to upgrade to any of the compatible operating systems: Windows XP or Windows 7. Any version of BPWin released prior to 5.14.0 will continue to operate with Windows 2000.

Current or new software support customers who download BPWin 5.14.0 or higher need to run one of the supported operating systems.

BPM Microsystems has discontinued all programmer software, hardware, repair and calibration support for the below programming systems. These systems are no loner marketed, sold or supported.