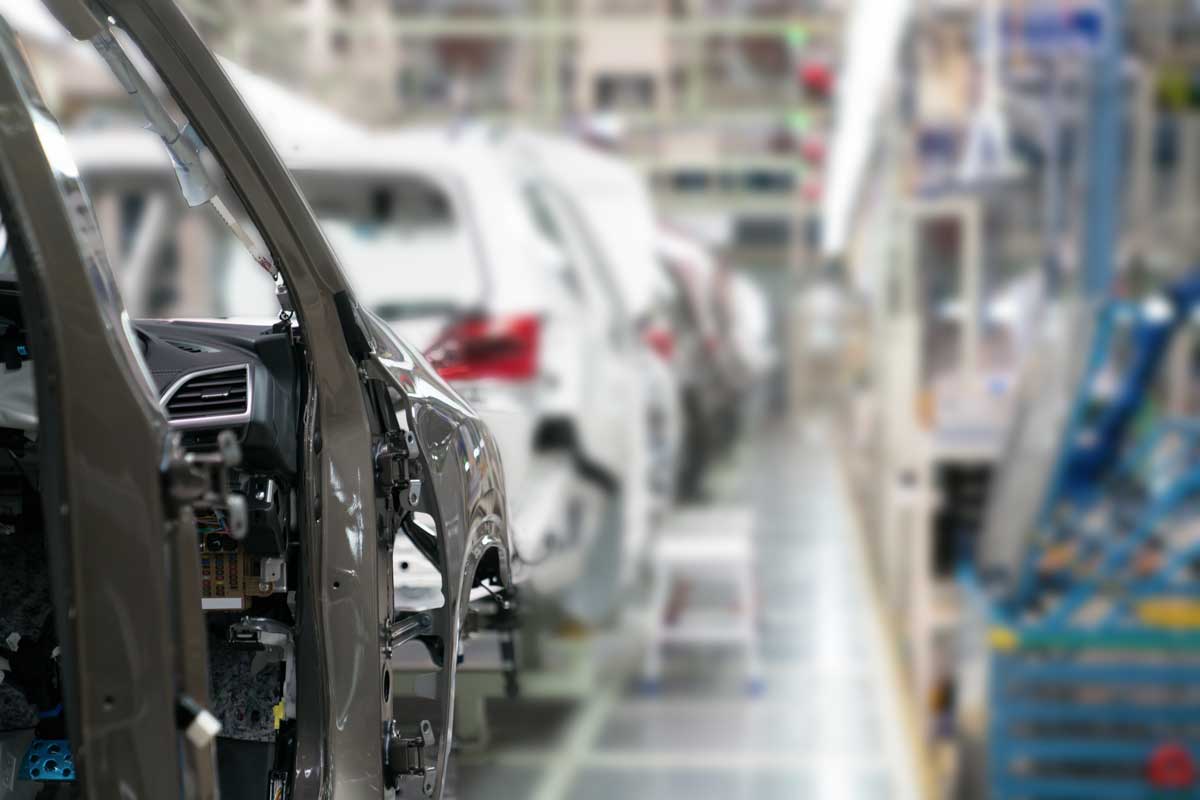 It’s being called “Chipageddon” as Automotive Plants around the world deal with programmable device shortages due to Covid-related shutdowns in the spring of 2020. Now automakers around the world are idling lines as they scramble for critical components to meet the market demand.

Pent-up demand for automobiles ramped up in the late 3rd Quarter of 2020, and automakers and OEMs were caught off-guard when they were told: “wait.” For instance, when they canceled their chip orders, Semi-houses shifted their production to consumer chips in the covid-driven stay-home new reality: new gaming systems from Microsoft and Sony and a huge uptick in laptop orders from stay-at-home employees and students.

Growth of Programmable Devices in Automobiles

On average, a modern car has over 100 chips on-board, and a programmable device shortage of any of the components will cause the production line to grind to a halt. In addition, most manufacturers utilize “just-in-time” inventory to save cost and space, but saving pennies has cost billions: $61 Billion so far.

However, for devices that require programming, this can result in an even greater bottleneck. Infotainment systems, with massive data demands, require up to 20 minutes to program a single device. Electric vehicles (EV) are the fastest-growing segment; while only constituting 3% of global sales, the onboard chips are about three times more valuable than gasoline cars.

Add to the complexity the fact that most of those chips require additional programming for their specific applications. Some lower density devices can be programmed in-circuit; high-density memory devices are usually programmed (either at a programming house or in-house) on an off-line Automated Programming System.  (See “What is the Best Way to Get Devices Programmed” Article)

With the complexity of the supply chain and the additional demand for consumer chips, automakers may face up to nine months lead time. Above all, in many cases, slower-selling vehicles can’t get parts, as pickups and SUVs take priority.

The global semiconductor market is paced to be valued at over $129 Billion in just 4 years, nearly triple 2019 (read more). Driving growth are infotainment systems, smart dashboards, self-driving technology, and green vehicles (many battery efficiencies have been led by programmable devices). See Automotive Programming

China has been especially hard hit by the chip shortage; it has the largest automotive market in the world but imports the vast majority of chips used to manufacture automobiles.

The components in a car require a more robust architecture than your smartphone: high temperatures, g-forces, etc. Therefore, autos have much longer lifespans than consumer-grade electronics, so the devices need to be durable and reliable and may take up to five years to design and develop.

As of publication, the worldwide shortage has not yet affected non-automotive chip inventories; while semiconductor manufacturers shift production to automotive customers, this may cause other inventories to shrink while they make up for demand.

A widening global shortage of semiconductors for auto parts is forcing major auto companies to halt or slow vehicle production just as they were recovering from pandemic-related factory shutdowns. See More

The situation is particularly acute for automotive companies, which are experiencing a strong increase in electric vehicle demand, while chip-makers …   See More

Production at the swamped facilities ground to a halt—a major hit for Renesas, of course, but also a devastating blow to the Japanese car industry, which … See More